The Royal Military Academy Sandhurst, once again, provided the grandest of backdrops to this year’s British Army’s All Arms International Pace Sticking competition.

In the words of one of the competition judges, Warrant Officer Class 2 David Roper of the Grenadier Guards:

Teams of four, consist of the Driver, who commands the team and barks out the movement orders, a right-hand marker and two others.

Teams are marked, for turn out, bearing and crucially how they perform through a series of sequences of marching the length of the hallowed tarmac that is the Academy’s Old College parade square.

They march along turning their pace sticks in both slow then quick time alternating from left to right hand along a marked piece of the square known as the runway. All this has to be achieved in perfect harmony with all four pace sticks hitting the ground simultaneously.

The Grenadier Guards went on to win the pace sticking competition 2021.

MOD to pay annuities to members of the Victoria Cross and... 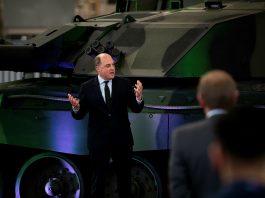 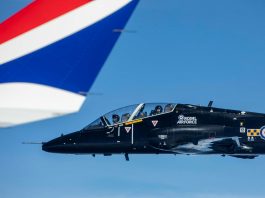