Home World PM’s statement on the situation in Ukraine 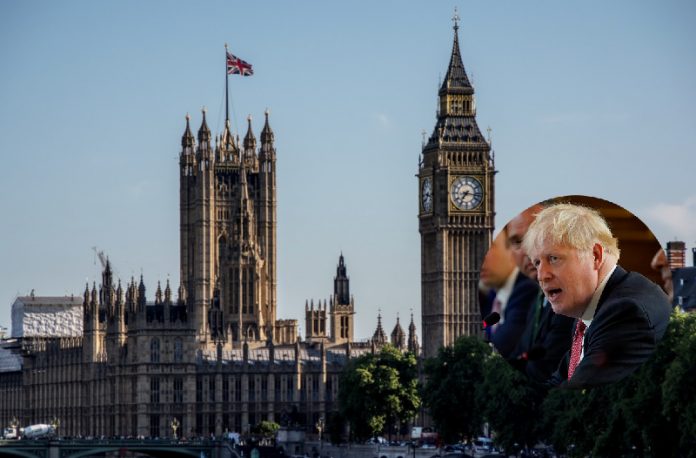 Prime Minister Boris Johnson has made a statement in the House of Commons on the situation in Ukraine (22 February 2022).

The statement was delivered as follows:

With permission I will make a statement about the situation in Ukraine.

In a single inflammatory speech, he denied that Ukraine had any “tradition of genuine statehood”, claimed that it posed a “direct threat to the security of Russia”, and hurled numerous other false accusations and aspersions.

Soon afterwards, the Kremlin announced that Russian troops would enter the breakaway regions under the guise of “peacekeepers”, and Russian tanks and armoured personnel carriers have since been spotted.

The House should be in no doubt that the deployment of these forces in sovereign Ukrainian territory amounts to a renewed invasion of that country.

And by denying Ukraine’s legitimacy as a state – and presenting its very existence as a mortal threat to Russia – Putin is establishing the pretext for a full-scale offensive.

I think Honourable Members will struggle to understand how or to contemplate, how in the year 2022, a national leader might calmly and deliberately plot the destruction of a peaceful neighbour, yet the evidence of his own words suggests that is exactly what President Putin is doing.

When I said on Saturday that his scheme to subvert and invade Ukraine was already in motion before our eyes, the events of the last 24 hours have, sadly, shown this to be true.

We must now brace ourselves for the next possible stages of Putin’s plan: the violent subversion of areas of eastern Ukraine by Russian operatives and their hirelings, followed by a general offensive by the nearly 200,000 Russian troops gathered on the frontiers, at peak readiness to attack.

If the worst happens, then a European nation of 44 million men, women and children would become the target of a full-scale war of aggression, waged without a shred of justification, for the absurd and even mystical reasons that Putin described last night.

Unless the situation changes, the best efforts of the United States, of this country, France, Germany, and other allies to avoid conflict through patient diplomacy may be in vain.

From the beginning, we have all tried our utmost, we’ve all tried, to find a peaceful way through this crisis.

On 11th February, my Right Honourable Friend the Defence Secretary and the Chief of the Defence Staff, Admiral Radakin, paid the first joint visit to Moscow by the holders of their offices since Churchill – who was also defence minister at the time – travelled to Russia with General Alanbrooke in 1944.

They held over three hours of frank discussions with the Russian defence minister, General Shoigu, and the chief of staff, General Gerasimov, demonstrating how seriously we take Russia’s security concerns, how much we respect her history, and how hard we are prepared to work to ensure peaceful co-existence.

My Right Honourable Friend the Foreign Secretary delivered the same messages when she met her Russian counterpart in Moscow on the 10th of February.

I have spoken on a number of occasions to President Putin since this crisis began and so has President Biden, while President Macron and Chancellor Scholz have both visited Moscow.

Together we have explored every avenue and given Putin every opportunity to pursue his aims by negotiation and diplomacy.

And I will tell the house, we will not give up: we will continue to seek a diplomatic solution until the last possible second, but we have to face the possibility that none of our messages has been heeded and Putin is implacably determined to go further in subjugating and tormenting Ukraine.

And it is because we suspected as much that the UK and our allies repeatedly sounded the alarm about a possible new invasion, and we disclosed much of what we knew about Russia’s military build-up.

Britain has done everything possible to help Ukraine to prepare for another onslaught, training 22,000 soldiers, supplying 2,000 anti-tank missiles, and providing £100 million for economic reform and energy independence, and we will now guarantee up to $500 million of Development Bank financing.

I travelled to Kyiv to meet President Zelenskyy on the 1st February, and I saw him again in Munich on Saturday. I spoke to him last night, soon after Putin’s speech, to assure him, as I’m sure the whole House would agree was the right thing to do, I assured him of Britain’s unwavering support for Ukraine’s sovereignty and territorial integrity.

And now the UK and our allies will begin to impose the sanctions on Russia that we have already prepared, using the new and unprecedented powers granted by this House to sanction Russian individuals and entities of strategic importance to the Kremlin.

Any assets they hold in the UK will be frozen, the individuals concerned will be banned from travelling here, and we will prohibit all UK individuals and entities from having any dealings with them.

This is the first tranche, the first barrage, of what we are prepared to do: we will hold further sanctions at readiness, to be deployed alongside the United States and the European Union if the situation escalates still further.

Last night, our diplomats joined an emergency meeting of the UN Security Council, and we will raise the situation in the Organisation for Security and Cooperation in Europe.

And let me emphasise what I believe unites every member of this House with equal determination: the resolve of the United Kingdom to defend our NATO allies is absolute and immovable.

We have already doubled the size of our deployment in Estonia, where the British Army leads NATO’s battlegroup, and when I met President Levits of Latvia and Prime Minister Kallas of Estonia in Munich on Saturday, I told them that we would be willing to send more British forces to help protect our allies if NATO makes such a request.

We cannot tell what will happen in the days ahead, but, Mr Speaker, we should steel ourselves for a protracted crisis.

The United Kingdom will meet this challenge side-by-side with our allies, determined that we will not allow Putin to drag our continent back into a Hobbesian state of nature, where aggression pays and might is right.

And it is precisely because the stakes are so high that Putin’s venture in Ukraine must fail, must ultimately fail and be seen to fail. That will require the perseverance, the unity and the resolve of the entire Western alliance, and Britain will do everything possible to ensure that that unity is maintained.

And now our thoughts should turn to our valiant Ukrainian friends, who threaten no-one, and ask for nothing except to live in peace and freedom.

We will keep faith with them in the critical days that lie ahead and whatever happens, Mr Speaker, Britain will not waver in our resolve and I commend this statement to the House. 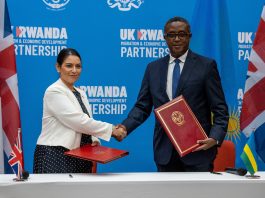 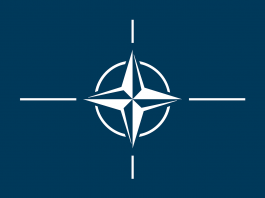 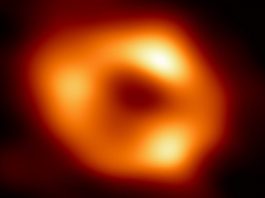