Podcast host Deborah James has praised the Duke of Cambridge for “going above and beyond to make a very special memory” after he made her a dame at her family home.

The 40-year-old, known online as Bowel Babe, was honoured for her “tireless campaigning” to raise awareness of bowel cancer.

Dame Deborah posted pictures of William with herself and her family on Instagram and has said the visit gave her family “so much to smile about in the sadness”.

“I believe I may have had the most surreal, mind blowing, humbling five days of my life.

“I cannot thank you for your generosity at launching the @bowelbabefund which now stands at £5.7 million, and to the @dukeandduchessofcambridge for going above and beyond to make a very special memory happen yesterday. Can’t quite believe im actually a Dame!

“My family are being amazing and as emotional as it all is, we are finding so much to smile about in the sadness.

“I may be getting weaker and more tired each tired having run off pure adrenaline, but my word, I always said I wanted to slide in sideways when my time is up, with a massive smile, no regrets and a big glass of champagne! Still my intention!!!”

Dame Deborah has raised more than £5.7 million for Cancer Research UK through her Bowelbabe fund on Just Giving.

In a personal tweet written by Prince William and Kate this week, they said:

“Every now and then, someone captures the heart of the nation with their zest for life & tenacious desire to give back to society.

“@bowelbabe is one of those special people. Her tireless efforts to raise awareness of bowel cancer & end the stigma of treatment are inspiring.

“We are so sad to hear her recent update but pleased to support the @bowelbabef, which will benefit the @royalmarsdenNHS among others.

“Deborah, our thoughts are with you, your family and your friends. Thank you for giving hope to so many who are living with cancer. W & C.”

Dame Deborah reached the £5 million milestone on Friday after donations from more than 240,000 supporters, including William and his wife Kate.

Her Just Giving page said it is “raising money to fund clinical trials and research into personalised medicine for cancer patients and supporting campaigns to raise awareness of bowel cancer”.

She said she was “completely lost for words” after reaching the phenomenal amount.

“This is just wonderful – tears and laughter – love you @bowelbabe.”

The presenter of popular BBC podcast You, Me And The Big C disclosed on Monday that she had moved to hospice-at-home care to treat her terminal bowel cancer.

She wrote on Instagram: “Nobody knows how long I’ve got left but I’m not able to walk, I’m sleeping most of the days, and most things I took for granted are pipe dreams.

“I know we have left no stone unturned. But even with all the innovative cancer drugs in the world or some magic new breakthrough, my body just can’t continue any more.”

Dame Deborah, a former headteacher, was diagnosed with bowel cancer in 2016 and has kept her more than 500,000 Instagram followers up to date with her treatments.

On Thursday night, Number 10 confirmed that James was to be made a dame, saying:

“The Queen has been pleased to approve that the honour of damehood be conferred upon Deborah James.”

“If ever an honour was richly deserved, this is it.

“Deborah has been an inspiration and her honesty, warmth and courage has been a source of strength to so many people.

“Through her tireless campaigning and by so openly sharing her experience she has not only helped in our fight against this terrible disease, she has ensured countless others with the Big C have not felt alone.

“I hope this recognition from Her Majesty – backed I’m sure by the whole country – will provide some comfort to Deborah and her family at this difficult time.

“My thoughts are with them and Deborah should know she has the country’s love and gratitude.”

Damehoods are usually conferred by members of the royal family, including William, at investiture ceremonies which take place at royal palaces including Buckingham Palace and Windsor Castle. 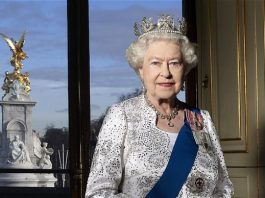 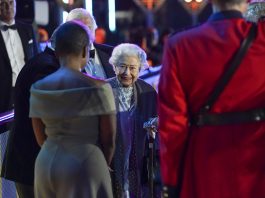 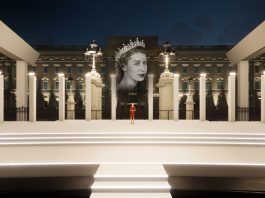